Brock O'Brien will graduate in May 2021 with a Bachelor of Science in Economics and minors in Mathematics and Statistics. Brock was the Vice President of the economics club from 2018-2019, and is the President of the club in 2020. Brock attended the club's Chicago field trip in 2018, and has overseen the Student Price Index project each year that he has been in the club. Brock is also a student fellow with the Kansas State Center for Risk Management Education and Research, where he is currently participating in an industry research project. In 2019, Brock attended an undergraduate colloquium on Morality and Economics hosted by the Koch Center for Leadership and Ethics, participating in discussions on the role of economics as a discipline. After graduation, Brock is interested in going to graduate school to specialize in development economics.

Suzanne Roggenkamp will graduate in May of 2023 with a degree in Economics and minors in Statistics and Leadership. She has been an active member of the Economics Club with which she is now serving as the 2020-2021 Vice President.  Additionally, the Department of Economics has hired Suzanne as an academic tutor. In the fall of 2020, Suzanne was a participant in the online Fellow Feeling and the Extended Order Colloquium, which was organized by the Koch Center for Leadership and Ethics. The colloquium was a positive experience outside of the classroom where Suzanne could network with other majors and academics across the country as well as discuss topics such as, how does humanizing economics affect policy, models, and progress. Suzanne loves studying under the Department of Economics as there are numerous interesting classes, excellent teachers, and a plethora of opportunities for growth and experience. After graduation, Suzanne plans to attend graduate school where she can further her education.

Hayden Schmidt will graduate in December of 2021 with a Bachelor of Science in Economics, a Bachelor of Science in Mathematics, and a minor in Statistics. He is currently a Marching and Maneuvering Section Leader in the Kansas State Marching Band. He works on research in the Mathematics department on the Inverse Electromagnetic Scattering Problem under Dr. Dinh-Liem Nguyen with graduate student Thu Le. Hayden is thankful to be a two-time recipient of the Professors Bagley and Cohen Scholarship in Economics as well as a recipient of the College of Arts and Sciences Undergraduate Research Scholarship. After graduation, he plans to continue his education at Kansas State University pursuing a Master's in Economics as well as a Graduate Certificate in Applied Mathematics. Afterwards, he hopes to start a career in Actuarial Science or Data Analytics. 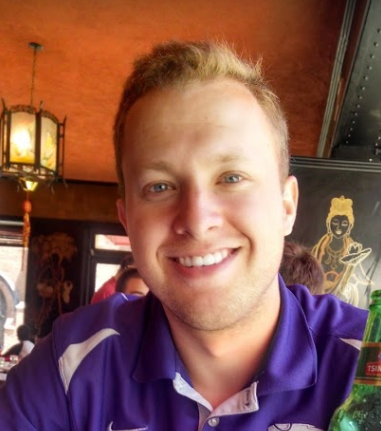 Mark Wagner completed his undergraduate Economics degree in May of 2011. He went on to complete his Masters in Economics at the University of Missouri-Kansas City in 2015 and has been working in the data analytics field since 2010. Mark is currently employed as a Data Scientist at Sprint Corp in Overland Park, KS where he provides data-driven recommendations to business leaders in Sprint's marketing organizations. Mark credits his background in econometrics, math, and statistics as helping him advance in the analytical field and would recommend that any new graduate seeking a "Big Data" centered career balance their analytical understanding of econometrics/statistics with a technical understanding of software and data (R, SAS, SQL etc.).

Tanner Fordham graduated K-State in May of 2015 with a Degree in Economics and a minor in Political Science. He began his PhD in Economics at the University of California, Irvine in the fall of 2015. He plans to be a professor when he is finished, with his main research interests currently being poverty economics and applied econometrics. His recommendations for incoming majors include computer science and programming coursework, along with the econometrics series. He also recommends a strong math focus for anyone interested in economics graduate study.

Jim Mosimann graduated magna cum laude in 2008 with Bachelor’s Degrees in Economics and Political Science.  After K-State, Jim graduated from law school at the University of Iowa and was commissioned in the U.S. Navy as a judge advocate.  Currently a lieutenant, Jim is serving as the deputy command judge advocate on board USS NIMITZ (CVN 68), a nuclear-powered aircraft carrier homeported in the Pacific Northwest. Prior to his current assignment, Jim litigated cases in Pensacola, Florida.  At K-State Jim was involved with Mortar Board, Student Foundation, and the Student Governing Association.  He remembers most fondly the Economics faculty’s talent for using the concepts discussed inside the classroom to teach lessons not only about economics, but about how the real world works.  Those lessons still guide him at sea today. 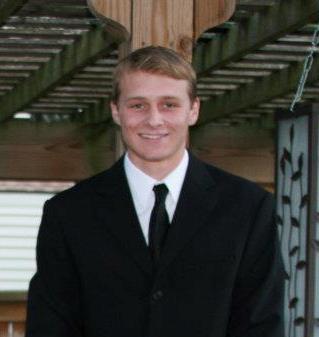 Gavin Koester graduated with Bachelors degrees in Economics, Mathematics, and Statistics in December of 2013. After interning in Washington D.C. with the Koch Institute, he interned in Wichita with Koch Fertilizer before starting full time as a Market Analyst at Koch. He works as an economist, tasked with understanding the supply and demand fundamentals and calling forward prices in the global fertilizer markets. Gavin suggests students take courses in the econometrics sequence, any class with Dr. Kuester, and take an active role in the Economics Club.

Lisa Taylor earned her Bachelor of Science degrees in Economics and Mathematics from Kansas State University in 2009. After earning her Master of Science degree in Economics in 2011 from Texas A&M University, she joined the Federal Reserve Bank of Kansas City as a Research Associate.  In this position, she supports the economists at the Bank in their economic research and monetary policy work.

Christina Forsberg graduated in May 2008. She currently resides in Arlington, Virginia outside of Washington, D.C. where she completed her master's in economics at George Mason University during a 2-year fellowship with the Mercatus Center. Upon graduation in May 2010, she began work as an economist with the Joint Economic Committee for the U.S. Congress. She is grateful for the solid base in economics education from K-State that prepared her for further academic pursuits and current position. In addition, the Economics Club provided even more opportunities to explore the truly diverse applications of an education in economics.

Katie Gustafson graduated from Kansas State University in 2012 with a Bachelors degree in Economics and International Studies, with a minor in French and a certificate in International Business. Katie is currently in her third and final year at William & Mary Law School, where she is focusing her studies on business and international law. While in law school, Katie interned at several law firms, as well as Ernst & Young's Transfer Pricing group. She also spent a summer working for Judge Jane A. Restani on the United States Court of International Trade. Early in 2015 she will be published in the Volume 6 of the William & Mary Business Law Review for her article entitled "Boosting the Private Space Industry: Extending NASA's Duty-Free Import Exemption to Commercial Space Companies." After earning her J.D. in 2015, Katie will be joining the Global Trade practice at Ernst & Young, where she will work with businesses to plan and manage their cross border transactions. Katie is thankful for the strong foundation in economics that she received at K-State and believes that foundation will continue to be essential in her professional career. She recommends taking diverse economics electives, studying abroad, and actively participating in the Economics Club. 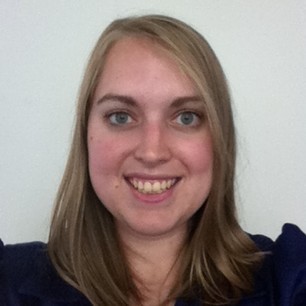 Sarah Brink graduated in May 2011 from K-State with a B.A. in Economics and a minor in Chinese. She currently resides in Denver, Colorado, where she works as a transfer pricing analyst at Wright Economics. She loves working in a field where her economics background is such an asset. Sarah believes having taken econometrics and statistics at K-State were instrumental in securing her position and she has found that, in her day-to-day work, she utilizes many of the concepts taught in these and other K-State economics classes. While at K-State, Sarah especially enjoyed Dr. Weisman’s Industrial Organization class, Senior Seminar with Dr. Thomas, and participating in the Economics Department’s Econ Club.