Center for Research and Innovation in STEM Education 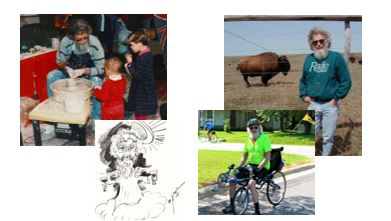 Dr. Dean Zollman is Director of the Center for Research and Innovation in STEM Education, University Distinguished Professor - Emeritus, and Distinguished University Teaching Scholar - Emeritus. For ten years beginning in 2001 he was Head of the Department of Physics and William and Joan Porter Professor at Kansas State University.  In 2006 he was named KSU's Outstanding Department Head.

He has focused his scholarly activities on research and development in physics education since 1972. He has received three major awards ? the National Science Foundations Director?s Award for Distinguished Teacher Scholars (2004), the Carnegie Foundation for the Advancement of Teaching Doctoral University Professor of the Year (1996), and American Association of Physics Teachers? Robert A. Millikan Medal (1995).  His present research concentrates on investigating the mental models and operations that students develop as they learn physics and how students transfer knowledge in the learning process.  He also applies cutting edge technology to the teaching physics and to providing instructional and pedagogical materials to physics teachers, particularly those teachers whose background does not include a significant amount of physics. He has twice been a Fulbright Fellow in Germany. In 1989 he worked at Ludwig-Maximilians University in Munich on development of measurement techniques for digital video. In 1998 he visited the Leibniz Institute for Science Education (IPN)  in Kiel where he investigated student understanding of quantum physics. During 2006-07 he returned to Germany and spent one semester at each Ludwig-Maximilians University in Munich and IPN in Kiel where he conducted research on teaching of medical applications of physics and on teaching of quantum physics.

Recent research, which has been funded by the National Science Foundation, has included:

Visual Quantum Mechanics: The instructional materials were created for students with limited experience in either physics or mathematics. The four units involved a combination of interactive visualizations, hands-on experiments and paper-and-pencil exercises.  See Visual Quantum Mechanics. Solids & Light: Using the light emitted from solids and gases this unit helps students understand why the energy in atoms is quantized and some of the consequences of that quantization as seen in everyday devices such as the light emitting diode. Waves of Matter: Students explore qualitatively the wave behavior of matter with visualization activities. They examine applications of quantum physics to devices ranging from the electron microscope to the Star Trek Transporter. Currently, we are extending the units to included quantum computation.

Modern Miracle Medical Machines We investigated the transfer of students' learning as they learn about applying physics to medical imaging. Many diagnostic devices used by physicians have their technological foundation in contemporary physics. To understand techniques such as magnetic resonance imaging (MRI) and positron emission tomography (PET), students require knowledge of nuclear and quantum physics and must also transfer learning from classical physics or everyday life to these medical applications. Our research investigated this transfer of learning and its application to understanding both the medical techniques and some classical analogs.

National Study of Education in Undergraduate Science In collaboration with University of Alabama and San Diego State we investigate at how science courses taken at the university level affect the way (or if) elementary school teachers teach science.  We looked at the way the science courses are taught, what teachers learned during those courses and how they transferred that science knowledge to their own teaching.  The project included data students and graduates of approximately 90 universities.

In addition to numerous publications in peer-reviewed journals, Dr. Zollman is co-author of six videodiscs for physics teaching, the  Physics InfoMall database and one textbook.  Dr. Zollman was a member of the team that created the National Research Council's report on physics education, Adapting to a Changing World - Challenges and Opportunities in Undergraduate Physics Education.. Professor Zollman also led the project which has resulted from KSU's Recognition Award for Integrating Research and Education from the National Science Foundation.