If you have questions or comments, or suggestions, please send an email to 2025@k-state.edu.

K-State 2025 Spotlights
"A Walk in My Shoes" Documentary Series

by Savannah Sherwood and Theo Stavropoulos

How can the future be shaped through education, and what is the role of a public research university in the broader world? Educators, researchers, and engagement specialists are hard at work across the campuses of K-State—and the state of Kansas—to bring meaning to these questions and carry out the land-grant mission of Kansas State University. The K-State 2025 Strategic Action Plan recognizes engagement as core to this mission and envisions Kansas State University as, "a national leader and model for a re-invented and transformed public research land-grant university integrating research, education, and engagement."

"There's so much expertise that exists at this university, and the work being done in several areas is outstanding," said Dean Debbie Mercer of the College of Education. Through the use of technology and digital media, the College is working to engage external audiences with some of their important expertise around the issues faced by today's educators. "We're reaching large audiences through our documentaries by using a creative medium that meaningfully contributes not only to K-State 2025 but to classrooms around the world as well," Mercer said.

The K-State College of Education's "A Walk in My Shoes" documentary series takes on challenging and important topics through powerful storytelling from the perspectives of the people who lived them. After three successful releases in this series, the College will premier its fourth installment on October 3. Through these stories and the research and engagement efforts that have rippled outwards from the series, "A Walk in My Shoes" sheds light on the impacts and purposes of education—from K-12 classrooms to K-State and beyond. 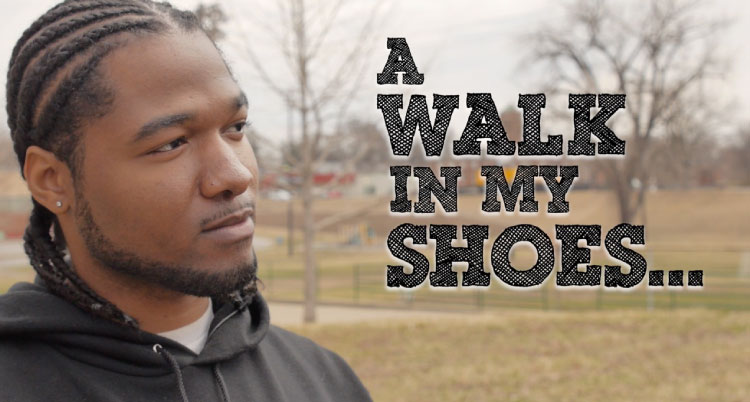 This image is featured on the poster of "A Walk in My Shoes: First-Generation College Students." Kris Bailey's story challenges preconceived notions. He grew up in Manhattan, Kansas and moved to Kansas City, Kansas when he was 12.

The first documentary, released in 2012, set out to tell the stories of six international students at K-State. "A Walk in My Shoes: International Students" shared many of the ways these students are similar to K-State students from the United States, and most importantly, it surfaced some of the unique challenges that international students face daily. From the reach and response to the stories shared in the first documentary, it was clear that something powerful was coming together and, "we had more stories to tell," said Rusty Earl, video producer in the College of Education and the creative engine behind many of the College's video productions.

"Video can often carry a story in ways that other mediums cannot," said Earl. From the combination of compelling visuals, musical tracks, and captivating interview content, stories come to life and messages can be communicated in many ways through film. "We have some powerful tools and resources that help us accomplish this, but the ultimate reason why video works as well as it does is that you can carry a voice, an image, and a feeling that can’t transfer as easily on paper," Earl said.

"It all goes back to the stories," said Mercer. “If we can tell stories that can be seen and heard—and vicariously felt—by the audience, it can be extremely powerful.” And these stories can be shared and leveraged in a number of different forms and locations to shift perspectives and promote change through an awareness of self and others. 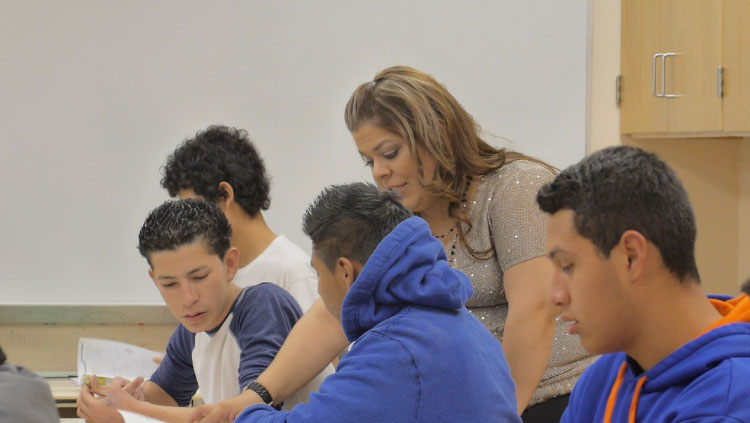 Angelica Villanueva's story is also featured in "A Walk in My Shoes: First-Generation College Students." She is a science teacher at Dodge City High School where she and her five siblings graduated from high school. The family lived in a one-bedroom bungalow, and Villanueva’s father, Narciso Ruiz, did not take a day off work from his job at a meat packing plant for more than 36 years. The example he set for his family goes to work everyday with Villanueva who sees her brothers and sisters in the faces of the students in her classroom.

“One of the things we focus on in preparing our educators, in addition to the technical skills needed to be a good teacher, is the idea that, in order to be effective in the classroom, you must know your students,” said Mercer. This same idea translates well to the students, faculty, and staff at Kansas State—as well as the entire higher education community—when it comes to the need for exploration and continued education on the current issues, people, and populations they aim to impact.

For this reason, clips from “A Walk in My Shoes” have been shared with current and future teachers, the K-State community, and at other campuses to help educators "know their students." From international students, to military-connected students, and the 43% of K-State who are first-generation college students, the documentary series has encouraged audience members to take a walk in the shoes of some of the student populations present at Kansas State—including many that are the focus of specific goals and outcomes within K-State 2025.

Some of the most direct examples of this engagement came from the action steps that followed “A Walk in My Shoes: First-Generation Students.” The documentary featured several K-Staters who shared their perspectives on what it was like to be the first in their family to attend college. Since then, this documentary has received wide distribution and application, much praise, and some national attention—from a series of weekly educational posts in K-State Today, to a qualitative research project and eBook, and even a recognition from First Lady Michelle Obama, who shared her own story of being a first-generation student and not knowing the correct size of sheets to buy for her residence hall bed.

In big ways and small, the experience of first-generation students looks very different from those whose family members may have already attended college. And, across the higher education community, there is worldwide demand for quality materials and information on first-generation college students. NACADA: The Global Community for Academic Advising has packaged the documentary and eBook for sale on its online storefront and has encouraged its members to view it, or even show the film on their campuses, as a continuing education tool. “As current and future educators, we need to know what some of the trigger points are for our students, so that we can be there with the support structures that are going to make a difference,” said Mercer. 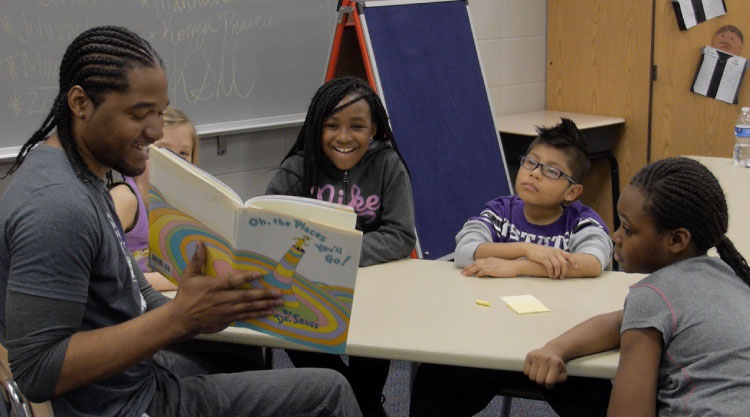 Kris Bailey strives to be a role model for African-American men who want to become teachers. Raised by his grandparents, as a teenager, he dealt with a new school and struggled to fit in. He tested into Sumner Academy, an international baccalaureate school, where he made the decision to pursue a career in education. Today, Bailey is a graduate student pursuing a masters degree in school counseling and works with K-State's Call Me MISTER program.

The College of Education’s next release will be "A Walk in My Shoes: Social Justice in Education." The film premieres on Monday, October 3 at 1:30pm in Forum Hall of the K-State Student Union, followed by a discussion. A Livestream of the event will also be available on Monday afternoon. View the trailer for the new release.

The film will tell the stories of five dynamic educators working to address both the overt and subtle forms of injustice that create barriers to quality learning and inclusion. “What does it mean to value every student, what does it mean to respect every student, and help every student succeed?" asked Mercer. These questions are critical to K-12 and higher education alike. "And why did people choose to get into education in the first place?” Mercer asked. “It’s probably because they believe in these values and they believe that education can be a way to create more just outcomes for all.”

As the largest preparer of Kansas educators, the K-State College of Education is uniquely positioned to impact classrooms in every Kansas county and every state across the country. Similarly, as one of the oldest and most deeply rooted land-grant institutions in the United States, Kansas State University and its diversity of research, teaching, and engagement activities have the potential to reach people, address challenges, and make a positive impact on communities near and far.